The Crown Jewel of Telluride’s “Art Corner” Hits Another Milestone

What began as stone now appears to be on a path set in stone.

As of Friday, April 20, Telluride Arts is officially closing in on the purchase of the iconic Telluride Transfer Warehouse.

The Warehouse, essentially a sandstone ruin with no roof since it collapsed in 1979, has long been regarded as an historic landmark and local treasure in the Telluride region. 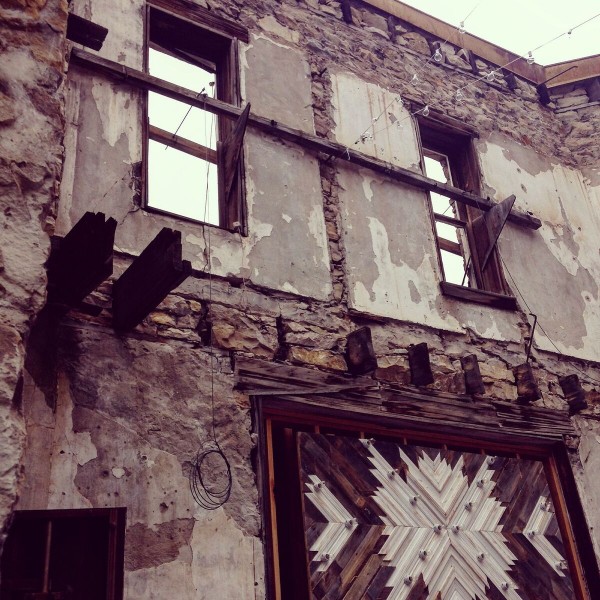 Transfer Warehouse, literally a shell of its former self. Image, Molly Perrault of Telluride Arts.

On January 15, 2017, Telluride Arts, the arts advocacy organization helming the restoration under the direction of Kate Jones, launched a design competition to transform the Warehouse into the region’s center for the arts and culture and an architectural landmark.

Key elements of those plans include a large exhibition space; flexible spaces that morph to host a multitude of events; and a museum-style bar/cafe that invites a constant flow of people and casual gatherings in a living-room atmosphere.

The April 20 announcement speaks to the success of the negotiations between Telluride Arts, the seller of the property and the Town of Telluride – supported every step of the way by the general public.

The beloved edifice is now secured as a permanent public space at a purchase price significantly below market value. Terms also include an irrevocable façade easement that protects the historic walls, windows, and doors in perpetuity.

However, as a condition of the sale, existing masonry walls were completely restored by master stonemasons last summer, rendering the building safe and stable for the first time in 40 years. 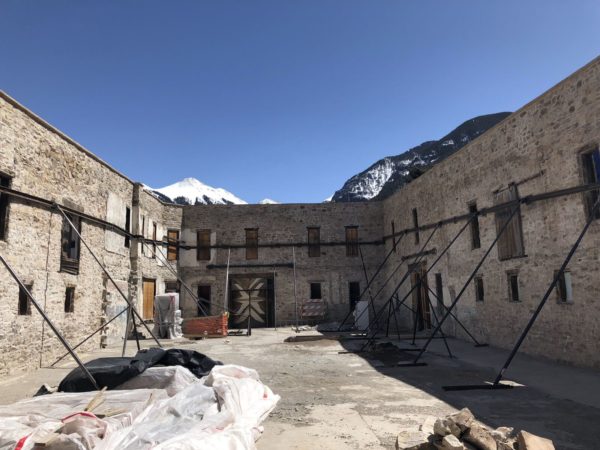 Transfer Warehouse, a work in process, on a path to becoming Telluride’s arts & cultural center.

The visionary design by New York City-based architects LTL significantly increases the usable square footage of the building with the reconstruction of the historic basement and second floor and the addition of a spectacular rooftop deck, thereby enhancing the overall community benefit provided by the structure at completion.

At this juncture, Telluride Arts has raised just over $1,000,000 for the project, the crown jewel of Telluride’s planned “art corner” and intends to kick off a capital campaign on July 3, 2018.

And this summer, in its current roofless yet spectacular state – new construction begins in 2020 – the Warehouse will be open to the public for a variety of private and public events.

Build it and they will come…